Schneider-Man moves from NY to Phillie 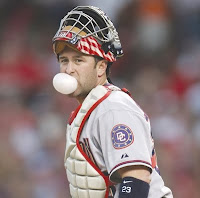 Well once again my favorite current MLB catcher Brian Schneider is moving on to another team. This time he's going to Phillie. When I first got back into baseball around the time the Montreal Expos were set to become the Washington Nationals Brian "Schneider-Man" Schneider was their catcher. He began his Major League Career with the Expos in 2000, and was their starting catcher during the transition to Washington DC to become the Nationals in 2005 and my favorite current catcher in the game. He was with them until the off-season in Dec 2007 when he was traded along with outfielder Ryan Church (who is now on the Atlanta Braves) to the New York Mets for youngster Lastings Milledge (Now on the Pittsburgh Pirates). That trade really got me upset, but I started getting used to seeing Brian and Ryan in The Mets Blue and Orange (or are they Blue and Purple with black?). 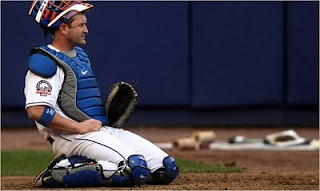 Well now Brian is going to once again be wearing red.

Um remember this from 2007? The media seems to have all but forgotten. The media circus of the "Race to the Record" is a thing of the past, but it still turns my stomach every now and then. 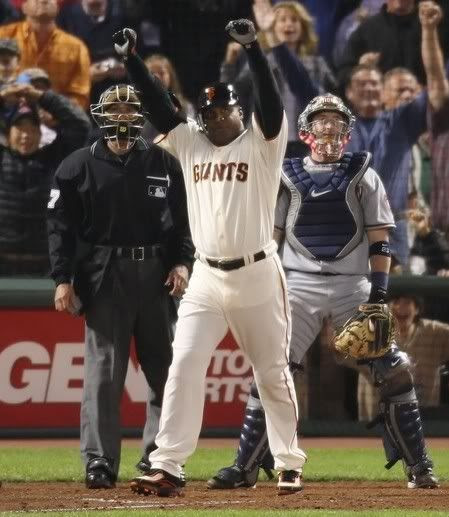 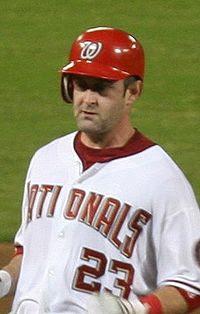 There that's better, except now he will be looking more like this: 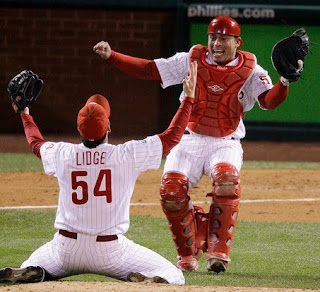 Wait that's the guy he will be backing up Carlos Ruiz. Oh well you get the idea. Anyway Brian signed a 2-year deal with Phillie for $2.75 Million. Well now that sort of rounds out the NL East division with Ex-Nats, Schneider now with the Phillies, Church with the Braves, 1st Baseman Nick Johnson with the Marlins, and Pitcher Tim Redding with the Mets.
Posted by CaptKirk42 at 11:22 PM