In 2009 my two local MLB Teams: The Washington Nationals and The Baltimore Orioles will be wearing new uniforms. 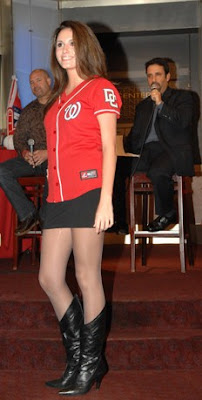 For the Orioles they are only changing their road jerseys back to the old "Baltimore" script like they had back in the 60s-70s. To be honest I hadn't noticed since I rarely see any O's games. I really hate it when they wear the hats with the "O's" I prefer the ones that have either the character Oriole's "face" or the ones with the full body oriole. 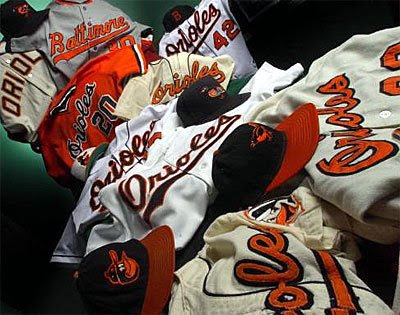 The Nats will have a more noticeable change or two. The left arm patch will be the interlocking DC logo instead of the commemorative stadium patch they have had. The "Washington" on the Road jersey's will be in script instead of the block letters it had been. An alternate jersey will be a blue top with the "DC" logo on the front. 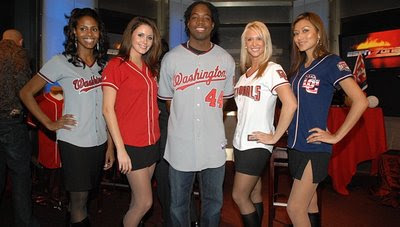 Do those models come with the uniforms?
I think they should, and Lastings Milledge thinks they should too.
Here is the initial story on the Nats official site:
http://washington.nationals.mlb.com/news/article.jsp?ymd=20081106&content_id=3668093&vkey=news_was&fext=.jsp&c_id=was

The Baltimore Sun on the O's New Uniforms:
http://www.baltimoresun.com/sports/baseball/bal-sp.os5023jan23,1,7145811.story?coll=bal-baseball-storyutil
Posted by CaptKirk42 at 9:43 PM